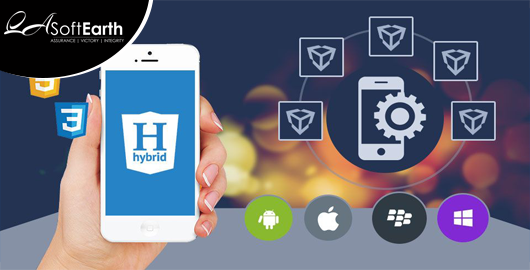 The hybrid app is built with a special framework that enables the smooth interaction between the app interface and the smartphone’s features. Also, it requires cross-platform APIs.

Look at some positive aspects of the hybrid app while developing it:

-              Low cost with the development easiness: No need to develop the multiple versions for the app as its single version is compatible with all the platforms.

-              Ideas for meeting the targeted audience: the app is sophisticated and developed in a way for connecting with many platforms without the overhead. It connects more ideas while developing the app for interacting with more consumers.

-              High-Speed Performance: hybrid apps are quite faster than mobile web apps and responsive websites. As they don’t depend on network communications, they run quickly on the device screen.

-              UI/UX Design: it’s true that an attractive layout will attract more consumers to your app. Whether hybrid apps are providing a superior UI experience with flawless performance. It is not creating any problem while installing on multiple operating systems.

-              Supporting Offline: It is the most rewarding feature for the app as it’s supporting while low internet speed and access is seamless.

A hybrid app is the best choice for the Business who wants to be superlative.

Your experience on this site will be improved by allowing cookies.